How can we help you today?

Ability to rate calls and bill Accounts, Customers and Vendors for them is a key functionality of the system, so that full understanding of how it works is really important. This chapter explains this subject in depth.

How Calls are Rated and Billed

When the call goes through the Softswitch there are at least 2 entities in the system to be billed for it: Account and one or more Customers. All relevant Accounts and Customers are billed according to rules defined by the Tariff associated with each of them.

From Tariff the system obtains the following parameters:

From Rate the system obtains:

Price1 - in monetary units per minute

PriceN - in monetary units per minute 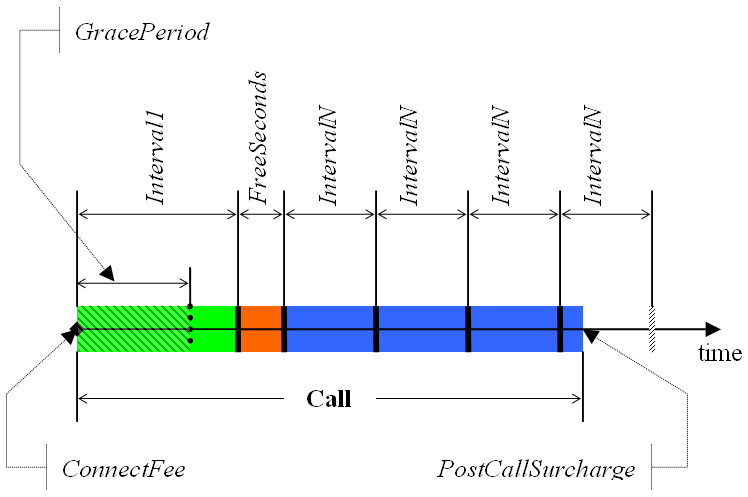 The call illustrated in the figure will be charged using the following formula:

Did you find it helpful? Yes No

Send feedback
Sorry we couldn't be helpful. Help us improve this article with your feedback.